The Nemesis Engines – Book One: The Peacemakers

Summary: 1915 – a time of wondrous technological advances but also a time of war. While all eyes are on Europe’s battlefields, scientists, anti-war industrialists and financiers all around the world are vanishing without a trace, and rumors of a plot to provide Germany with devastating new weapons of war have forced Britain’s intelligence services into a frantic, desperate race to hunt down and stop a new faceless enemy.

Thrust together by fate and pursued half way around the world by ruthless killers, four unlikely allies will risk everything to keep these mysterious new machines of war from falling into the wrong hands: Gustav Steiner, the visionary industrialist determined to stay one step ahead of an assassin’s bullet; Alexandra Meade, the haunted young woman desperate to escape her gilded cage; Harbert Pencroft, the idealistic young American aviator on a mission to save the woman he loves; and Archie Whitfield, the lethal British agent, betrayed and left for dead, now driven by a relentless thirst for revenge.

An homage to the novels of Jules Verne and H.G. Wells, “The Peacemakers” is the first volume in “The Nemesis Engines” trilogy, which weaves epic adventure, historical fiction, science-fiction and a dash of steampunk into a spell-binding, one-of-a-kind, deeply human roller-coaster ride that promises to keep readers on the edge of their seats.

* The Peacemakers will be available in print and on non-Amazon channels later this year. 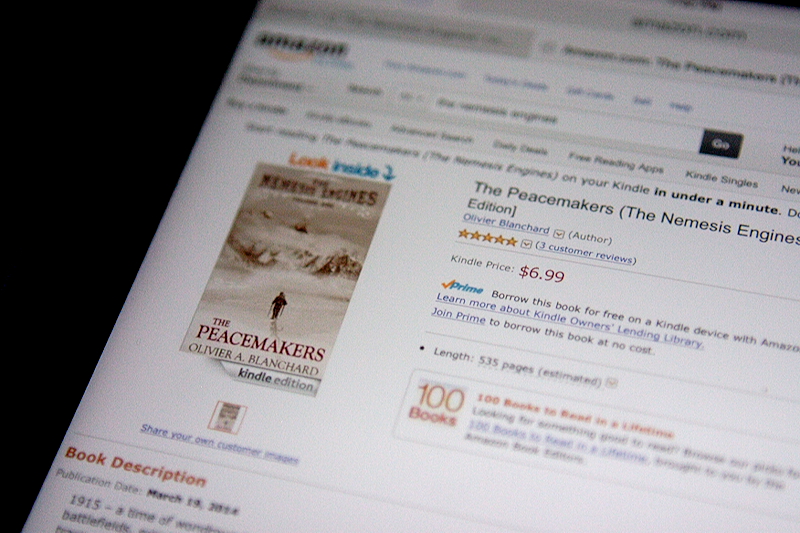 Upcoming news: To keep up with the latest news, author interviews, sneak peeks and special features, keep an eye on the blog between now and the end of February.

EARLY REVIEWS FOR THE PEACEMAKERS

Riveting, unique page-turner you won’t want to put down. I was on the edge of my seat the whole time! – Marjorie Clayman

I had never read a Steampunk book until this one. As a fan of the Victorian era, it did not disappoint me and made me very curious about the genre. Historical and cultural accuracies make the book ever more captivating. The Jules Verne reference serves as a fantastic backdrop for the story. Blanchard is very talented and his attention to details makes the reader dive into an imaginary universe with lots of realism. I am looking forward to the second book.  – Karima-Catherine Goundiam

Blanchard has done exactly what all writers want to do with their words. He pulled me in so deeply I didn’t want to set the book down. And for three days, I attempted to sneak around everything I needed to do in order to read.    – Lisa M. Frame 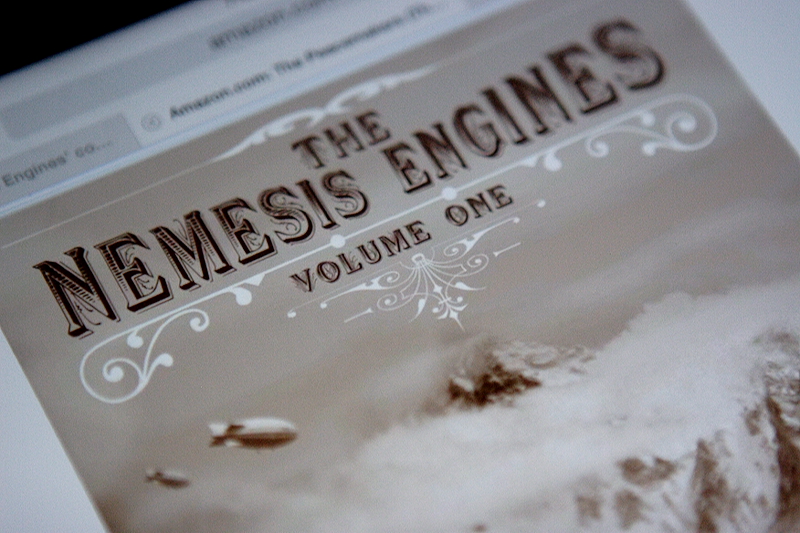 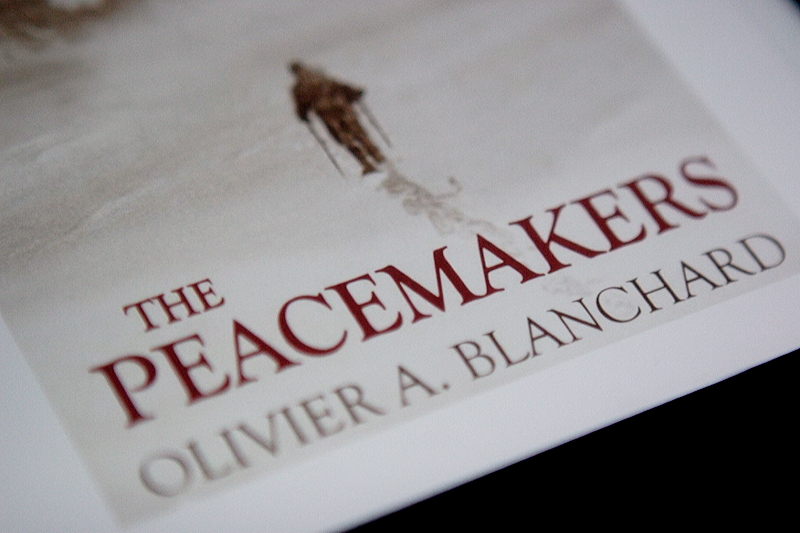 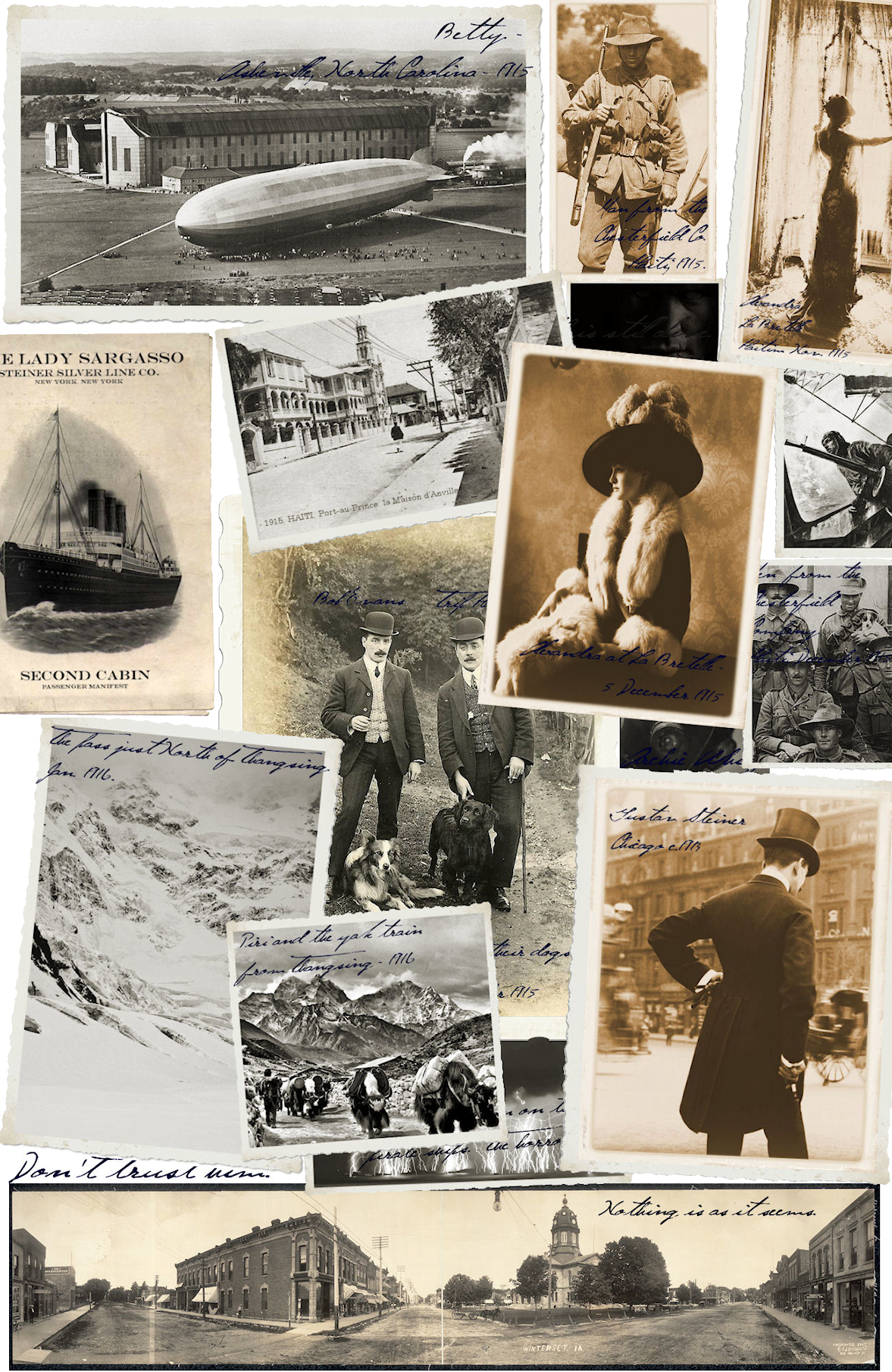