Olivier Blanchard » On Writing » The history behind The Nemesis Engines: 2 Aug 1914

Austria-Hungary’s days-old conflict with Serbia has driven Russia to mobilize troops along the German border. In response, on 1 August 1914, Germany declares war on Russia. Honoring France’s alliance with Russia (a declaration of war on Russia is a virtual declaration of war against France), French president Raymond Poincaré calls for the general mobilization. Between 4pm and 5pm on August 1, 1914, every church bell in France rings the ominous tocsin, signaling the coming war.

Moments earlier, in the country, French farmers were in the fields, tending to their crops. Until the tocsin, they still doubted that a war between France and Germany was possible. 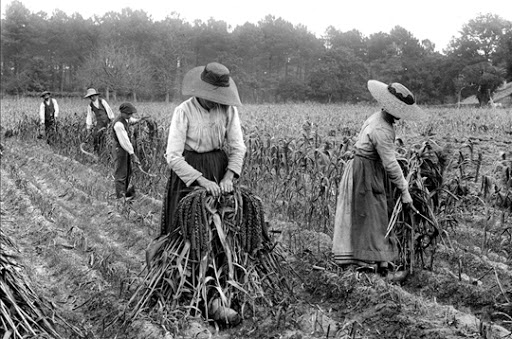 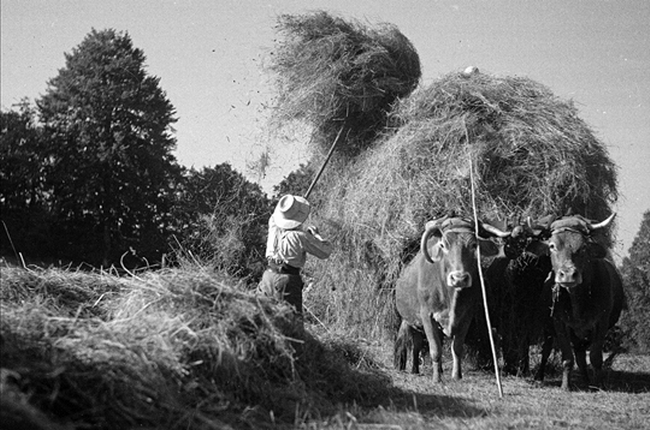 In the cities, people were just discussing the assassination of popular socialist and anti-war figure Jean Jaures, arguing over Belgian cyclist Philippe Thys’ victory a few days earlier in the Tour de France, and scoffing at the possibility that France might actually be dragged into the Austro-Serbian dispute.

The initial reaction when the bells begin to ring is surprise, but the mood quickly becomes celebratory. The French are confident that whatever conflict may be on the horizon will be short and relatively bloodless. Many argue that it will mostly amount to a show of force with few – if any – shots fired between French and German troops.

The following morning, August 2, 1914, newspapers announce the start of the war between Germany and Russia, and the French general mobilization: 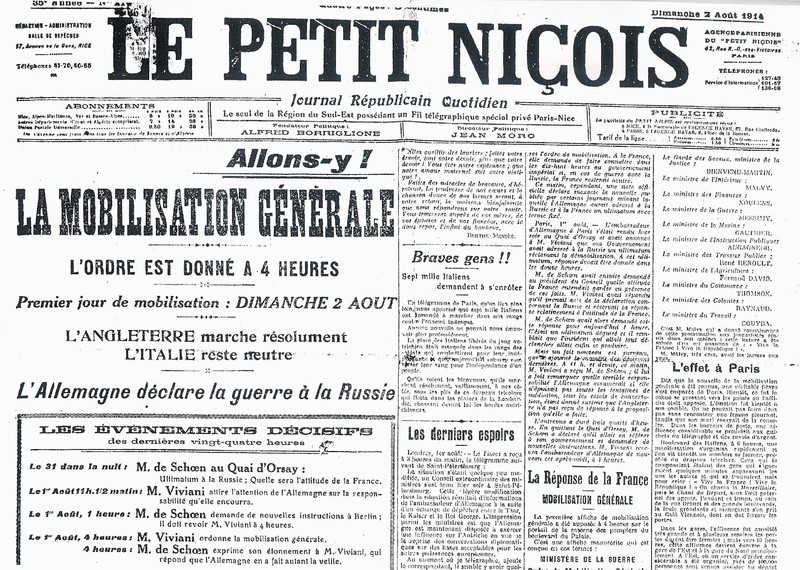 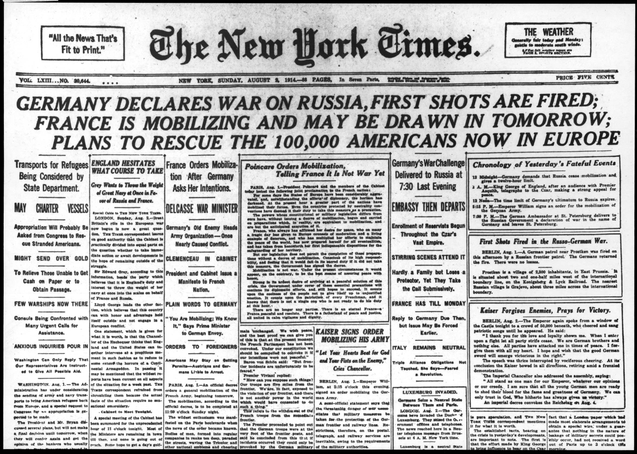 Everyone thought ‘the war’ would be over by Christmas, which helps explain the jubilant mood at the news. Inflated nationalism aside, most soldiers called to their casernes on 2 August were not quite as thrilled. It was important, however, to show photographs of people celebrating the coming war. (Every war is, on some crucial level, about PR and effective communications.) 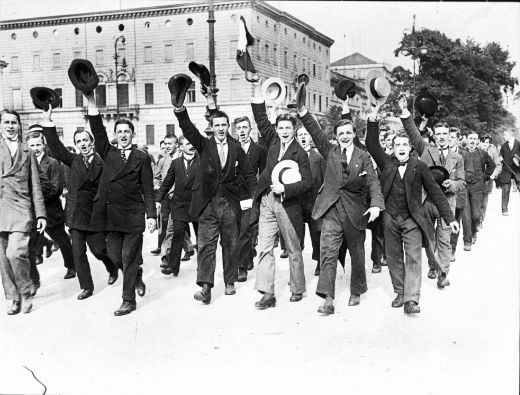 Here is the official general mobilization order issued on August 2 by the French government: 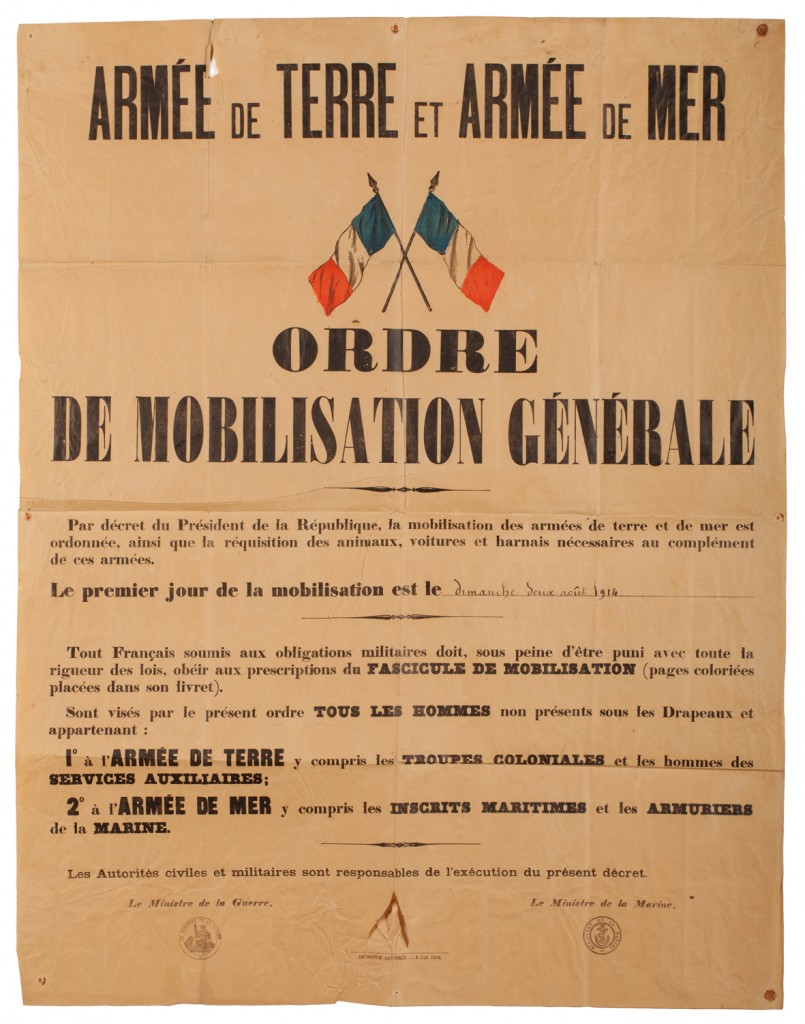 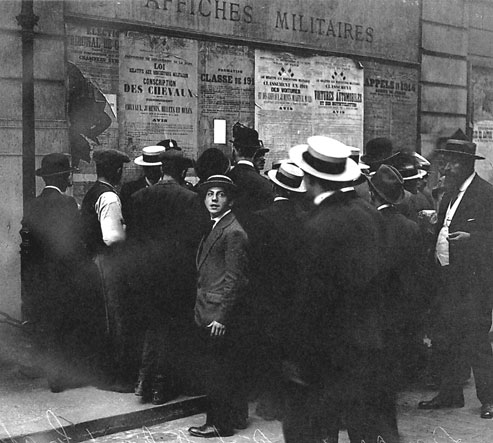 And here is a letter issued specifically to women, asking them to take over their husbands’ farming duties while they are away at war: 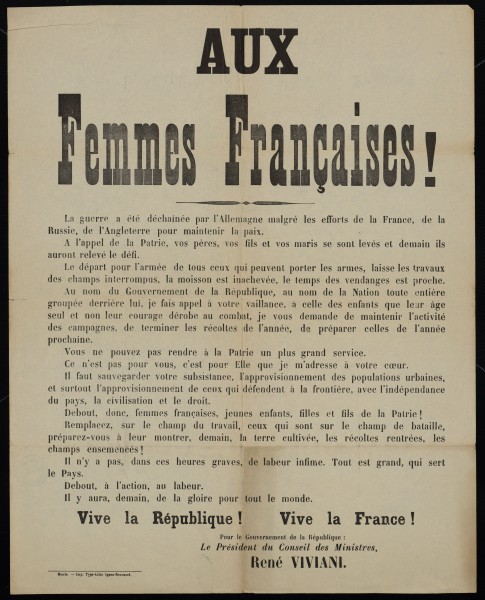 (World War 1 is going to shatter the class system across Europe – women taking over jobs that were until then traditionally “men’s jobs, manservants going to war and leaving aristocrats to fend for themselves. When the fog clears in 1918, things won’t go back to the way they were.)

But ignorance being bliss, the mood grows increasingly joyful… 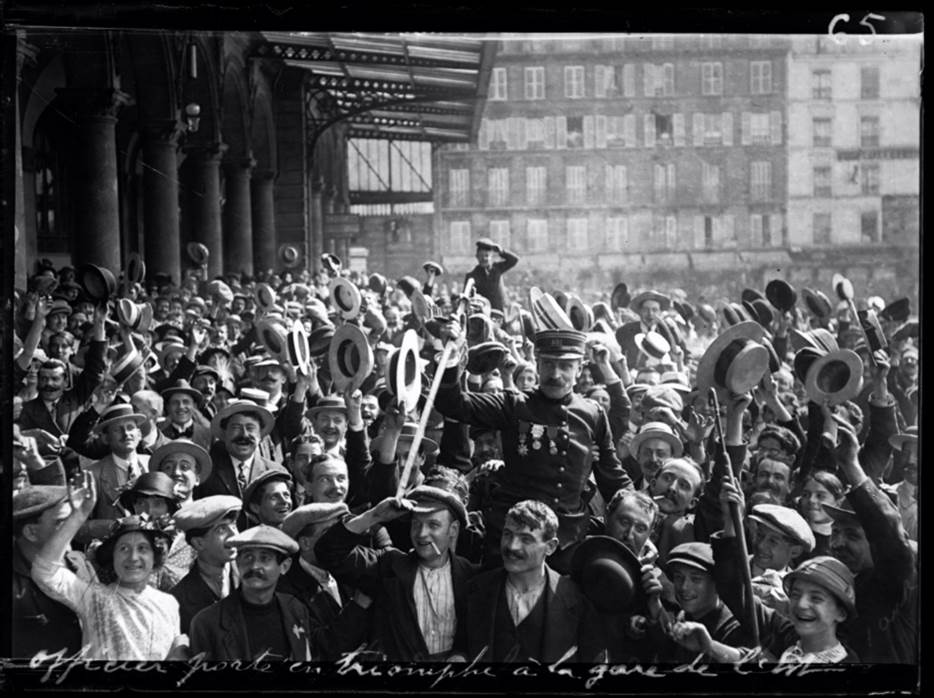 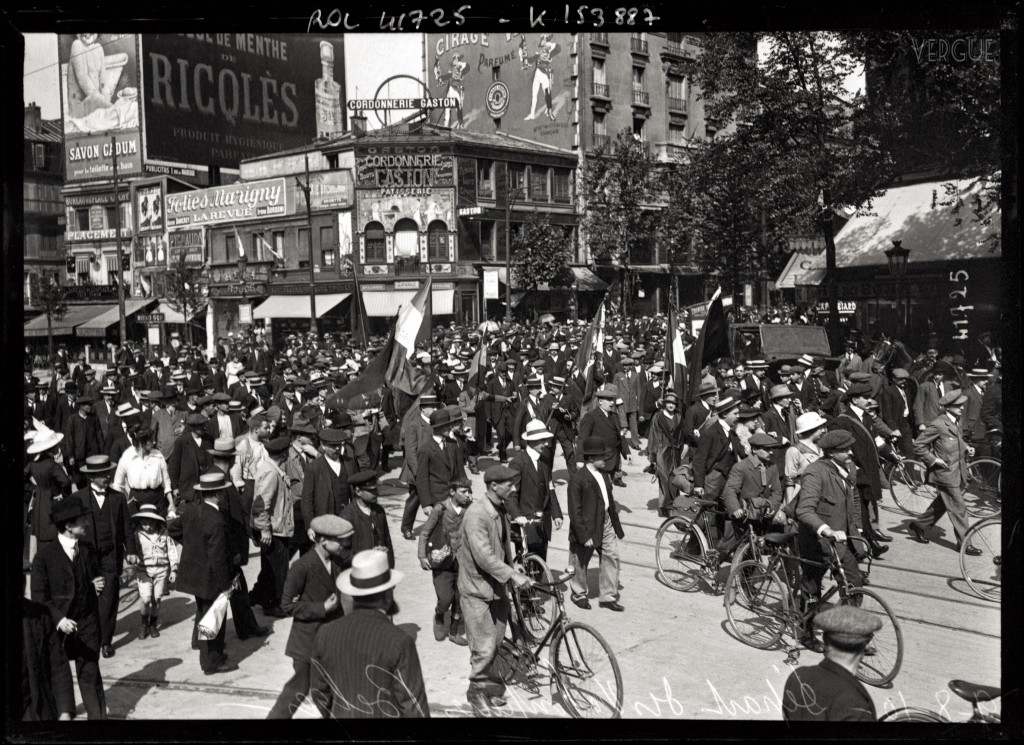 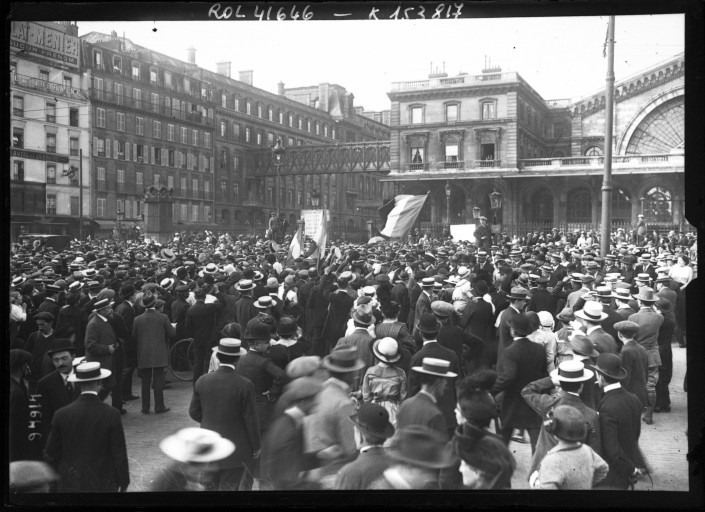 Quasi-spoiler: we may bump into one or two of these men again in TNE2 and TNE3. (The others, tragically, will already be out of the fight.) 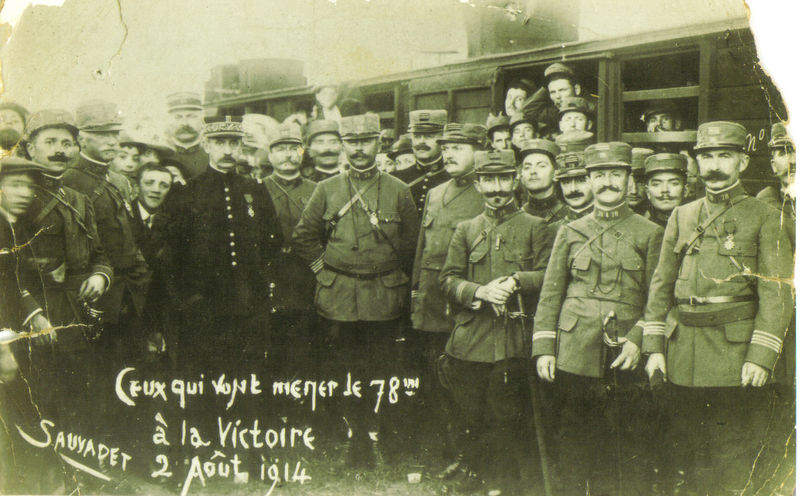 Note that they are not grinning and throwing their hats in the air like the civilians in the other photos taken that day.

On this day, Gustav Steiner is sailing back to New York but considering turning his steamer around to participate in the evacuation of Americans in Europe (see New York Times headline above). Harbert Pencroft is in Winterset, Iowa, replacing the spruce struts on his aeroplane with stronger lightweight aluminum struts of his own design. In Haiti, Alexandra Meade is visiting her family plot, under heavy guard, just outside of Port-au-Prince. North of Thangsing in India, Liva Khan is experimenting with a battery pack that could provide hours of electrical current to portable heaters for mountaineers. Archie Whitfield is in London, nervous about accepting a sensitive secret mission that would require him to – at least temporarily – tarnish his family’s reputation and make himself a pariah among his peers, but the very security of Britain may be at stake.

On 2 August 1914, the events of The Peacemakers (Vol.1 of The Nemesis Engines) are still a year away, but the wheels are already in motion. By the time these characters all reach Europe in Vol.2 (Steel and Bone), the war will have morphed into a massive death factory, the battlefields will have become meat grinders, and terrifying new weapons, which promised to put an end to the conflict quickly and usher an age of modernity and peace, will make the war more brutal and nightmarish.

Social Business and Return On Investment: Some Clarity

Lessons From The Saddle: 10 Reasons Why Falling Short of your Goals May Not Always Be Such A Bad Thing